You are here: Home » Central London 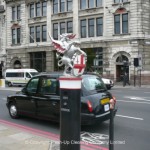 Central London is a great place to live for those that love to be in the thick of the action and the unpredictability of the UK property market in recent years has convinced many such people that renting is the best solution to their housing needs. W1 is considered one of the most desirable postcodes in town and Fitzrovia, Mayfair, Soho, Marylebone, Hyde Park and Marble Arch are all highly sought after areas where properties command very high prices. However, if you wish to charge top dollar for your house or flat then it is crucial to keep it in tiptop condition, which is where we come in. Our clients own properties in desirable areas such as NW1, including districts such as Camden Town, Regents Park and the fashionable parts of Kings Cross St Pancras. They demand a superior end of tenancy cleaning service, which we are happy to provide.

The centre of commerce

The City of London has always appealed to a certain type of person and whether you are trying to let EC1 apartments in areas such as Clerkenwell, Farringdon and Old Street or houses more towards the centre, in City EC2, City EC3 and City EC4 locations, keeping them spotless will help you to justify the high rent you are sure to want to charge. Barbican, Aldgate and Blackfriars are three of the best-known districts in the aforementioned postcodes and we can supply professional cleaners in all these areas. Adjacent areas, such as Bloomsbury in WC1, Covent Garden and Holborn in WC2, along with Borough, Lambeth, Southwark, South Bank and Shad Thames across the river in SE1, all fall within our catchment area too. Nearby, Westminster, St James, Pimlico and Belgravia in SW1 are very popular and well served by our teams that perform moving in and moving out cleaning services.

Some people prefer to live just outside of the centre of town, in places such as Kennington and Oval in SE11, or Paddington and Bayswater in W2. These locations are perfect for those that want to enjoy everything the capital has to offer but live somewhere tranquil. Chelsea, which covers the SW3 and SW10 postal districts, Knightsbridge in SW1, along with West Brompton and Earls Court in SW5 also qualify as places where one can relax but take advantage of London’s superb facilities. Properties in these areas are some of the most expensive in the country so it is not surprising that many landlords entrust us with the task of keeping their investments here spick and span. Owners in South Kensington and Notting Hill, in SW7 and W11 respectively, as well as neighbouring Holland Park and Kensington in W8 can take advantage of our after builders cleaning and other services.

Restore the sparkle of silver appliances

Silver appliances can be always shine and sparkle if you clean and polish them with baking soda regularly. Wash the appliance and while it is wet rub the baking soda in a circular motion, using a cloth, until get shine. Then just rinse it with pure water.